We just got back from our weekend trip to Copenhagen. But because we arrived rather late on Friday and left early on Sunday, we only had the whole of Saturday to go around. We did quite a lot for just one day and when we got home some time in the afternoon, I was dead tired and just curled up and slept for a few hours. But it was so fulfilling to have seen so much in just so little time!

So I guess I’ll just start with our transfer and accommodation:

While we were in Stockholm last February for my wife’s birthday, she thought she’d just book a trip for my birthday and there, she chose Copenhagen. Again, we booked our accommodation via our go-to medium, Airbnb, and our place was in Nørrebro, only 15 minutes away from the city centre by bus and only  30 minutes away from Kastrup Airport (CPH). But because we were to arrive rather late on Friday night and because we found a good deal on a rental car, we took it so we could also drive around to the outskirts. Local transportation is fine, though, for you can get to pretty much anywhere within the city really easily.

My birthday. We got up early because we had our Copenhagen Canal Tour scheduled at 9:30AM. The weather wasn’t really ideal because it was cloudy and it looked like it could rain any time and I know this isn’t probably the best time to be on water for a whole hour but it was the only schedule they give out in their deal to get a skip-the-line entrance ticket to Tivoli Gardens at the same time. But it was, after all, a good way to get your day started. We embarked in Nyhavn, which is also one of the most famous landmarks in the city. And because it was so early, the place wasn’t full of tourists yet.

I’d say it’s informative to people (like us) who don’t know much about the city yet. We disembarked at Nyhavn as well then we went to the statue of The Little Mermaid. We had seen it briefly from behind while we were on the boat and our tour guide even called it “probably the most photographed woman in the city” which I’d say is true because we saw what was going on there at 10:00AM and we thought we’d never get a decent photo.

We then took the harbour bus to get to Christiania, which is a self-proclaimed autonomous neighbourhood right in Copenhagen. We first walked around the residential area which was pretty quiet or rather recreational. Despite its status, we’ve felt pretty safe walking around. Then we got to the centre of pusher street and there we’ve seen a bit more of what makes the place so famous. Taking photos is not allowed by the community of Christiania so I’ll just leave it to the imagination. 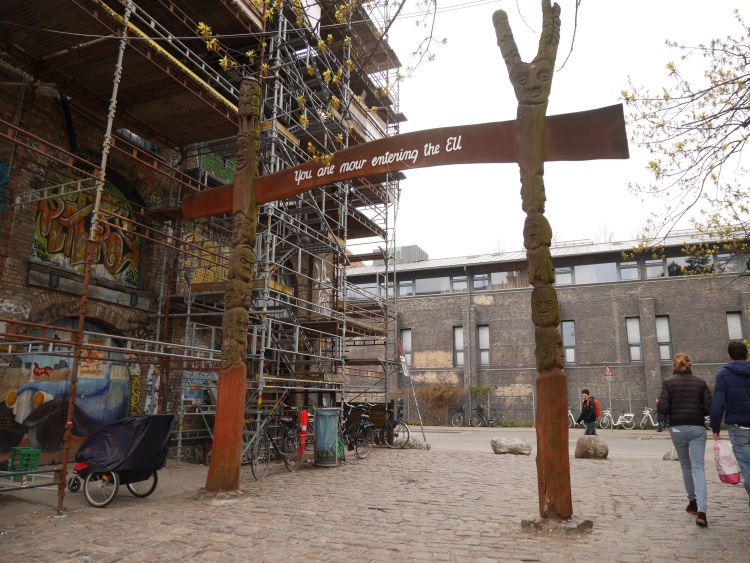 There are also some stands there selling souvenir items, clothes, and accessories. I bought a sling bag from one of the stands there for only 40DKK (that’s about less than 6 €), and then I found another bag of the same kind that was sold at the stand next to it for 120DKK. I don’t really understand why it was 3x the price of the one I got but I’m not one to complain anyway.

Our next stop was Tårnet, which is the tower of the Christiansborg Palace. The best thing about this place is that you can get a nice panoramic view of the city and entrance is free! You may have to wait a few minutes to get inside but that’s okay because you will get to the viewing platform shortly, thanks to the lifts.

We were ready for our late lunch/early dinner so we went to Sliders for burgers (it’s our celebratory choice of food and I guess also an alternative to a birthday cake). You would have to choose three burgers from the menu and you will get them in small sizes. I like the idea a lot because then, you get to try out more from the menu. This, again, I’ll leave to the imagination because they didn’t really make for appetising photos but they were really good.

We went back to the apartment and got the car so we could drive to Bakken, which is the oldest amusement park in the world. It’s a 10 minute drive from Copenhagen but it is also reachable by local transportation. Entrance is free but you would have to pay for the rides and games individually.

Driving back to the city, we stopped at Skovshoved Harbour for a few minutes to see some boats then we headed to Tivoli Gardens. Much like Bakken, it is also an old amusement park. In fact, the the second oldest in the world and it is located right in the centre of Copenhagen, across the main train station. The only ride we went on was The Star Flyer. 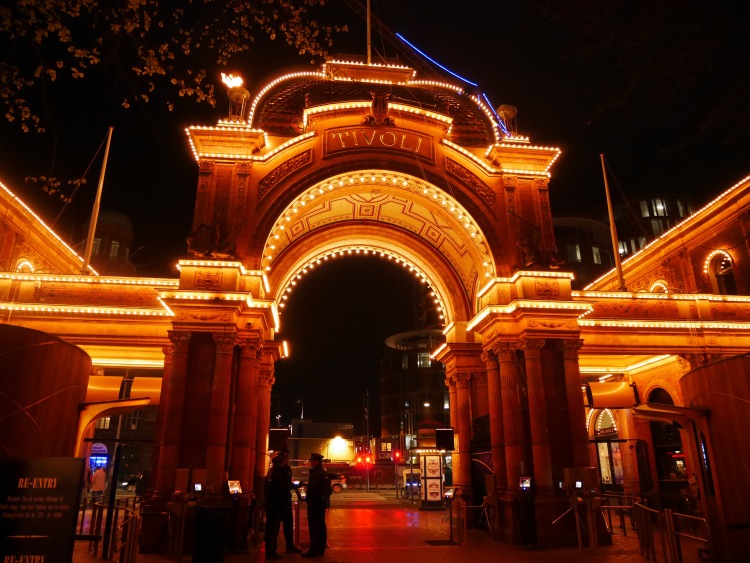 I guess it’s true when they say that wherever you go in the world, you will probably find Filipinos. In our case, though, we were in the bus on the way to Nyhavn the morning of my birthday when the woman in front of me smiled and asked if we were Filipino. I said yes and soon noticed that she was wearing a habit and figured she is actually a nun. She then asked if Joan is my sibling. I politely said, no, she’s my spouse (this was all in Filipino language, hence, the gender neutral terms). She looked at Joan a bit more closely and started saying “oh, I really thought he/she was a girl”. I corrected her and said that she is, in fact, a girl and we’re married. She found the thought so strange and eventually she said that man was made for woman etc etc and that God loves us and we should start thinking about what we’ve done and all that. The whole spiel is, of course, familiar and I just didn’t let myself get affected by it as much as it should I guess because, well, she is a nun and I guess it’s her job to get preachy, not to mention her whole life is all about deciding what’S sinful and not. We reached our stop and got out of the bus and went on with our lives. But, hey, what a great way to start one’s birthday, am I right?

I don’t want this to become a regular section of my blog posts but we were just so unlucky last Saturday, we couldn’t even enjoy our time at Tivoli. The thing is, when we got out of the car, we noticed that there were some scratches on it. And, pretty surely, someone keyed it. We’ve no idea why someone would do that and we’re not even sure where it could have happened. It’s either in front of the apartment when we were parked there over night, or on the parking lot of Bakken. It just really stressed us out because it is, after all, a rental car and even with insurance and all, it can just drive you mad. And, for this reason, we didn’t stay to watch the Tivoli Illuminations because by then we were just tired and not really in the mood for much else but sleep. The next day, before leaving, we went to the police station to file a police report but the officer dismissed us and said they don’t do that and we should just discuss with the rental company. We just hope everything works out fine from here.

5 thoughts on “Exploring Copenhagen in One Day”