Time flies, doesn’t it? I still remember the cold winter days like they were yesterday…

It was my birthday last week and we quietly celebrated it, just me and the wife. After a toxic work week it felt like a quiet birthday weekend was long overdue. Although I must admit, the celebration was month-long considering that I have received some of my birthday gifts really early and the anticipation of the things we were about to do kept me going.

Also, a few months back we got tickets to Sam Smith’s concert here in Berlin and it was just a few days short of my birthday. To be quite honest, I did not expect such a great show. He’s just adorable and a great performer and I’m glad I didn’t give away our tickets or else we would have missed out on all his cuteness. 🙂 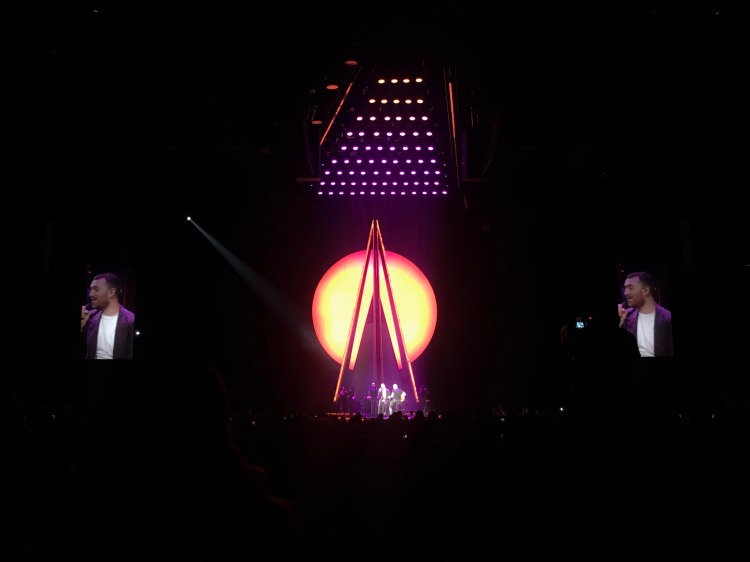 Then on the first day of my birthday weekend, we had theatre tickets to see Die Therapie, from Sebastian Fitzek’s book of the same name which I have written little bit about here. I really loved the book so, sadly, I already knew the twists but it was nevertheless a really good performance and I realised that I actually do like going to the theatre and will be looking out for more shows in the city.

So on the day before the birthday itself, we checked into the Hilton Berlin. Last year we were in Warsaw and got a great deal on a room at the Hilton hotel there and just loved everything about it, especially the breakfast buffet. Since we decided to stay home this year, we chose the Hilton again mostly for the breakfast but also because I got us a room with a view at a discounted price.

The hotel is right at Gendarmenmarkt and from our window you can see Deutscher Dom from up close. Waking up to all this was the whole point. We also had access to the wellness area and executive lounge that served snacks and coffee and wine so I can really say it was worth every cent.

We lost track of time the night before my birthday when we took advantage of the facilities of the hotel by going to the gym, then the pool, then the sauna and next thing we know it’s already late in the night when we were ready for dinner. We went out and walked around Gendarmenmarkt looking for a place that still served warm food at 10 PM and ended up at a Bavarian brewery and ate crispy Schweinshaxe (pork knuckle). Really, Keto has not been more fun than that night, indulging in what we Filipinos would call crispy pata without any guilt whatsoever.

After our dinner, we walked through Gendarmenmarkt, appreciating its stillness. The moon was bright and only few people were out considering it was a Sunday night. While waiting for the clock to strike midnight, we took a few photos.

On the day of my birthday and after checking out, we stayed a bit longer in the area since we don’t really get to roam around there like tourists do and just pretended we were one of them. Really, I can’t even remember the last time I stepped foot inside Galeries Lafayette. Since we have been on Keto for almost two months now, we skipped the whole birthday cake thing and I chose something I get to eat even less often – oysters. We had lunch at Seaside Fish & Seafood Bar for my oyster fix and I was positively surprised. It’s the only restaurant of its kind that we’ve found in the city so far and has instantly become one of my favourites. Fresh seafood reminds me of home. ❤

Soon the day was over and we went home feeling relaxed and I have been receiving birthday greetings by the minute which is always a great way to spend the day.

When I got back to work doing the AM shift, the table was set with flowers and cakes and gifts, a tradition we have that I usually coordinate. But since this time it was my turn at the receiving end, I did not know what to expect. I was even scared that they will all just forget about it. This clearly wasn’t the case, though, and I was glad to be back at work again. They even made a low-carb cheesecake that suits my current diet situation. 🙂 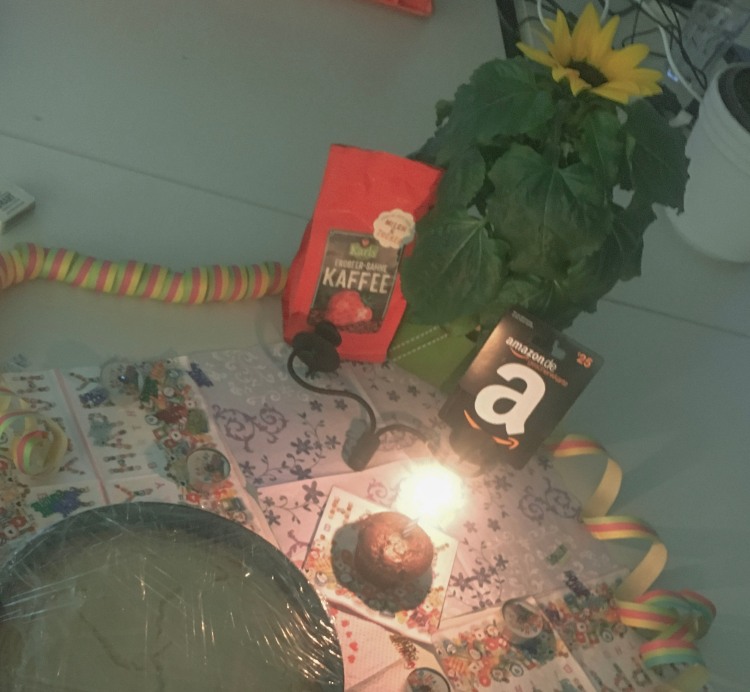 More greetings came in that day from my colleagues and everyone politely asked if I had some sort of celebration. I always replied that I had my peace and quiet, which I seemed to value more these days. I don’t really miss having a birthday party with food and drinks and friends and family and lots and lots of gifts, or even having to spend it somewhere far from home. I’m not saying that I will only ever be spending my birthdays like this in the future because I might want to throw a party or two at some point, but I am sure that I’d be happy to have some days like this one – just me, the wife, and a view.

(Had my sister not broken her leg last month, she would have come to Berlin to be with us on my birthday. Not sure what our plans would have looked like then, but I’m sure it would have been a fun day nonetheless.)

The thrill of living in this city is still the same as when we first moved here almost two years ago. We get lazy sometimes but it’s satisfying to know that to avoid boredom, all we have to do is get out of the house, maybe drive a few kilometres, and we’ll see something we’ve never seen before. ❤

Quarantine 2020: Breaking hearts from the comfort of my own home. #StayHome
I’m shaky, I know, and not only when I’m this close to a critter. Quarantine has got me thinking about places I’d rather be right now. One of which is underwater to block the sound of the guy screaming “TÖRTÖL” all day. Also, it’s my first time to use @diveplusofficial and it’s so cool. #scubadiving #scuba #nichtmeerjungfrau 🧜🏽‍♀️
Portait of a well-behaved Piper while Mummy is working from home.
Non-toxic, platonic kinda love. @suzanova
I get homesick. #Stuttgart
Just Caturday Shenanigans